AS WINTER SETS IN, and November’s chilly air is broken by the golden rays of the Greek sun (battled by dark thunderstorms), it’s time to hit the streets again (when weather permits), for another art trek. And there’s so much to see around Athens, yet again. Here are ‘10 (+2)’ of the highlights (see also ‘Autumn’s Athenian Art Trek’ for some more options still running): 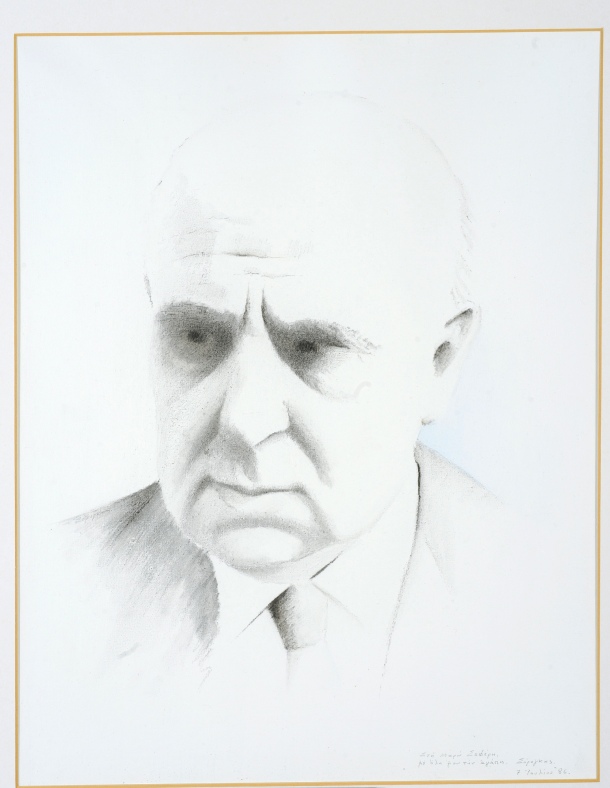 The Theocharakis Foundation pays homage to Greek poet and Nobel laureate George Seferis via an outstanding exhibition entitled ‘When the light dances, I speak farely. George Seferis and his poetry via painting and photography’ (November 8-January 21). Curated by Takis Mavrotas, Director of the Art Programme at the Theochorakis Foundation, in collaboration with Panayiotis Roilos – Professor of Modern Greek Studies, and professor of comparative literature in the Departments of the Classics and of Comparative Literature, at Harvard University, who also holds the ‘George Seferis’ chair at the university (founded 40 years ago). The exhibition includes works by 40 of Greece’s most accomplished and respected modern and contemporary Greek artists, who have been inspired by Seferis’ poetry, plus Seferis’ original writings, first editions, as well as his Nobel Prize for Literature, which he was awarded in 1963. Also included are art works by Seferis, as well as his black-and-white photographs, and illustrations for his poetic works created by artists such as Yiannis Moralis, Tassos, Yiannis Tsarouchis and Giannis Psychopaidis 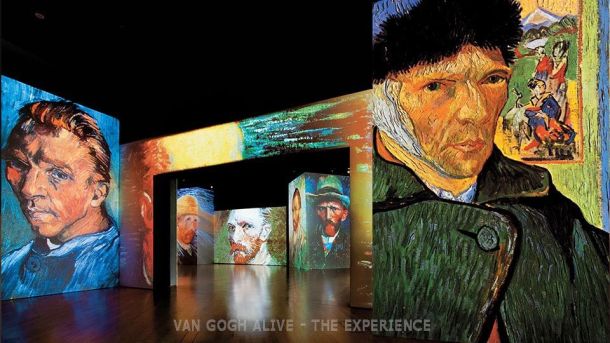 Van Gogh’s life and works will come alive via the use of the most modern digital and technological means at the Megaron Mousikis from November 7-March 5. The sensational show entitled ‘Van Gogh Alive’, presents all of the great Dutch master’s works, whilst also presenting the historical, sociological and cultural background of the artist, and much more – even his thoughts and feelings. And all this, plus 3000 examples of his works, is made possible via the SENSORY 4 technology, which will fill a space of 1,500 m2 top to bottom with image and sound. It’s Van Gogh, as you have never seen him before… 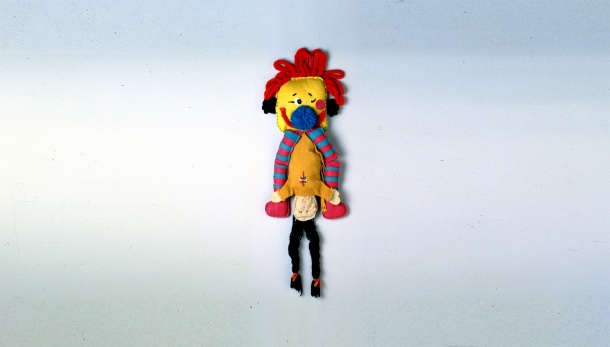 Neon Organisation brings to Athens the first solo show of Mike Kelley (who passed away in 2012), curated by Douglas Fogle, at the Museum of Cycladic Art. Looking at the play between memory and forgetfulness, the exhibition Mike Kelley: Fortress of Solitude brings together a range of key works from across the artist’s career in order to reflect on the uncanny condition of psychological homelessness in the contemporary world. Whether using found stuffed animals as emotional effigies of long lost memories of childhood or evoking the psychic homelessness of Superman in the form of Kelley’s reconstructive exploration of the superhero’s shrunken and inaccessible home city of Kandor that he kept in his Fortress of Solitude, we are reminded that no matter how hard we try, we can’t go home. (Opening November 16 and runs till February 25). 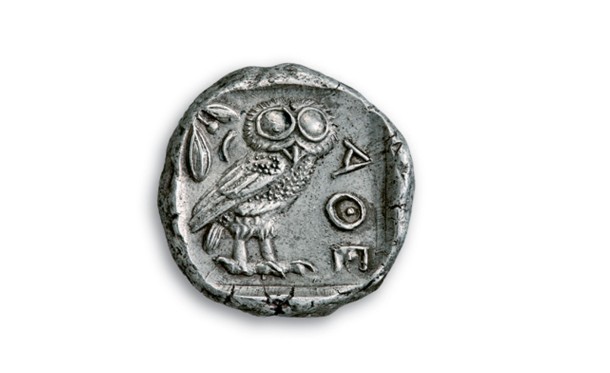 The Museum of Cycladic Art and the Numismatic Collection of Alpha Bank have collaborated for the first time in order to organise the exhibition ‘Money. Tangible Symbols in Ancient Greece’. The exhibition is organized into eight thematic units which present 85 coins from the Alpha Bank collection  together with 159 artifacts (eg clay vessels, marble and copper sculptures, reliefs, gold jewellery) which have been gathered from 32 different archaeological museums and collections from Greece and abroad. The exhibition presents a different perspective on the coin, which first started being used at the end of the 7th century BC. The coin was symbolic, yet a medium which everyone could hold in their hand – a tangible symbol. Runs till April 15. 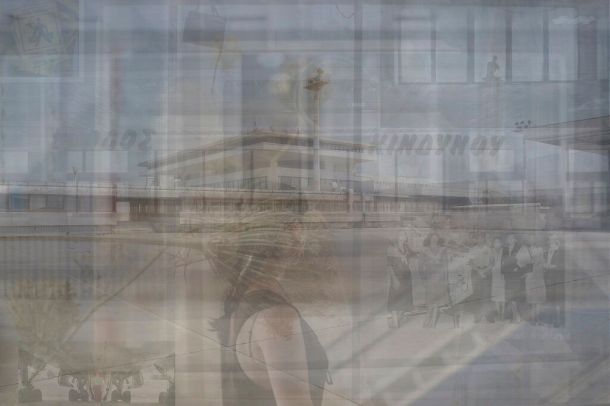 Athens’ National Museum of Contemporary Art (or EMST), is hosting a photography exhibition entitled ‘What We Found After You Left’, by the students of the Focus photography school and the 18ANO Athens group, who visited the old Elliniko airport (built in 1969 and in use till 2001) and took some interesting shots of the now derelict space. This exhibition accompanies the video created by Naeem Mohaiemen, entitled ‘Tripoli Cancelled’ (duration 95 mins), which was part of the documenta 14 events. Mohaiemen has also curated the current photography show, which will be inaugurated at 5pm on November 8 (runs till November 30). The film is also still being screened (Tues-Sun 11am-7pm). Also on show at EMST is the ongoing exhibition ‘CHINESE XIEYI: Masterpieces from the National Art Museum of China’, which runs till November 14. 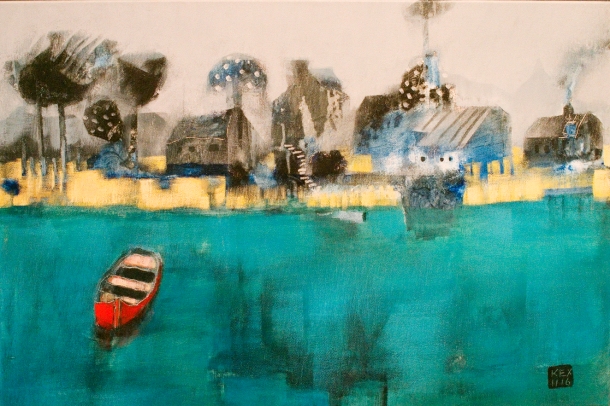 Christos Kehagioglou returns to the Zoumboulakis Gallery on Kolonaki Square to present his new landscapes, a tad more abstract than his previous ones, but just as enchanting. He says of his work: “Thankfully no inhabitant of this world knows the future. It is the hopes, dreams, ideas, spiritual things which characterise us and with which we give meaning to our present.” The exhibition runs till November 18. 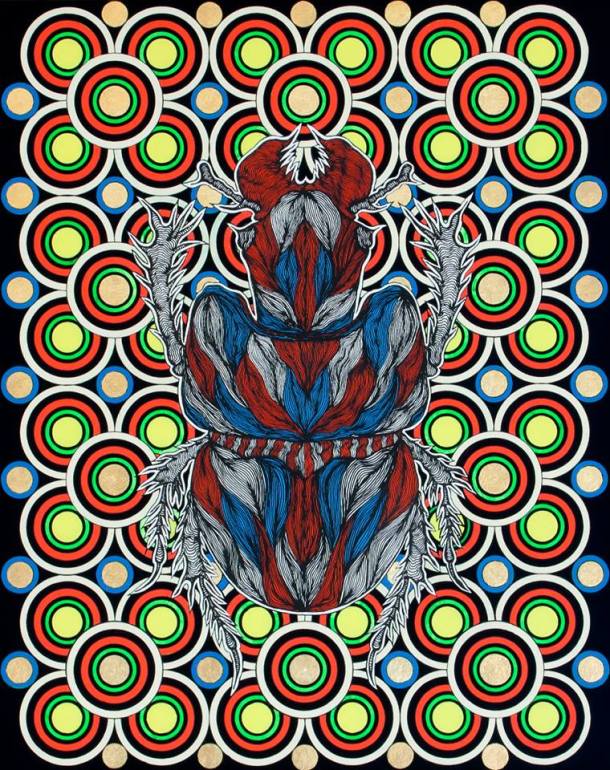 Dokos at the Blender

Dimitris Dokos’ unique hieroglyphics have taken over the Blender Gallery in Glyfada, in a show entitled ‘Metamorphosis’. You can see all sorts of forms and figures in his art, from animals to human faces, taking on a Kafkaesque transformation. With a focus on the beetle in particular, Dokos’s work takes pop aesthetics to a brand new level. Runs till December 12. 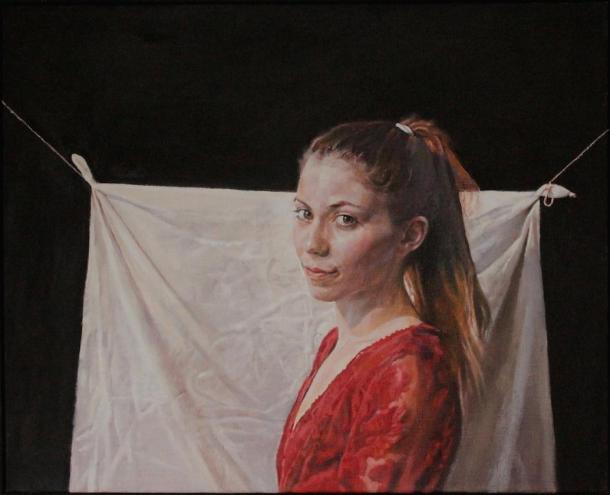 Maria Hadjiandreou’s exhibition of portraits at Gallery7, entitled ‘The Gaze’, runs till December 2. Hadjiandreou, who studied at the Athens School of Fine Arts under Mytaras and Tetsis, says of her work: “I paint portraits of people in an abstract space in which only their gaze – and in some cases a few objects with symbolic colour or shape – disclose the delicate details of their psyche. The expression of the face – that miracle of human communication – always begins with an inconceivable light which is born in the darkest of thoughts, before it is tainted by consciousness. I believe that this light is the most beautiful, the most revealing thing about the true soul, and it is this feeling which I try to capture in my work.”

The third solo exhibition of Eleni Parmakeli at the PERITECHNON Karteris Art Gallery runs till December 2. Eleni Parmakeli exhibits a body of large and medium art works made with acrylics on canvas and one installation made with aluminum, acrylic and canvas. Curator of the exhibition, art historian Giuliano Serafini writes in the catalogue: “…A symbol of immortality, rooted in the depths of the earth, with the branches reaching out for the sky, the tree becomes an emblem of that duality which, from the centre of the cosmic axis, defines hierarchically the phenomena of the universe (the cylindrical sculpture of the exhibition, surrounded by the «satellites» of the previous work, is a three-dimensional metaphor of the universal axis). The tree is the medium between the human and metaphysical. It unites the bright world of consciousness with the dark and chthonic world of the unconscious…” 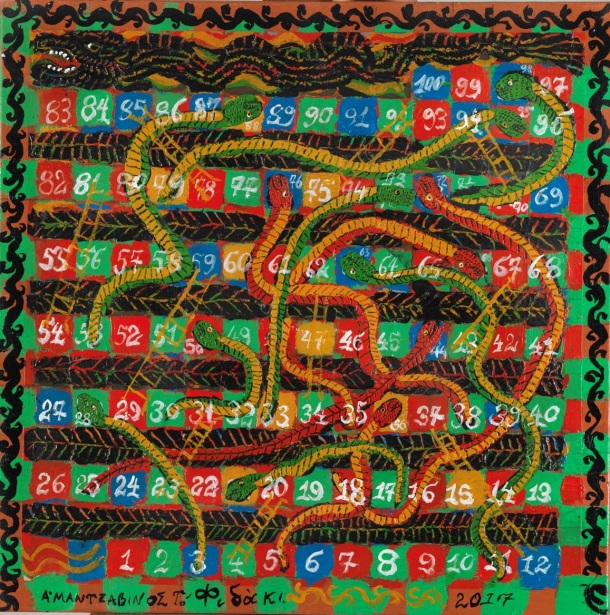 Skoufa gallery inaugurates the new body of work by Tassos Mantzavinos on November 9 (8pm), in a show entitled ‘Snakes and Ladders’ (runs till December 4).  Comprising both paintings and constructions, Mantzavinos here deals with all sorts of imagery that one finds in children’s games, but which in this instance, seem to symbolise effectively the ways of life, especially during the ongoing crisis, when one moment you are high up on the ‘ladder’, and the next moment…. Because it has been pretty much ‘snakes and ladders’ for many Greeks these past years. 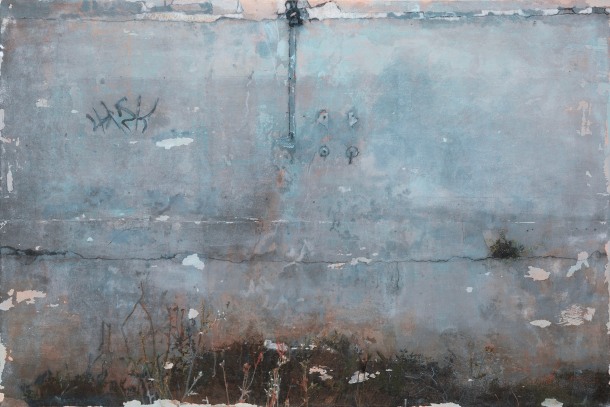 The beauty of walls

Lila Papoula’s exhibition entitled ‘Walls that hid our face’, will also be inaugurated on November 9 (8pm), at the Evripides Gallery. Here, you will find the artist’s works inspired by the verse of Manolis Anagnostakis, capturing that same melancholy feeling of loss intermingled with hope.  Papoula had started photographing deteriorating walls back in the ‘80s, being attracted to their tapestry of shapes and colours, and the effects of time and weathering on them.  These photos have formed the starting point of her current series of beautifully and sensitively painted works, which transform these derelict urban details into picture-planes upon which fields of colour, shape and line play their own games. 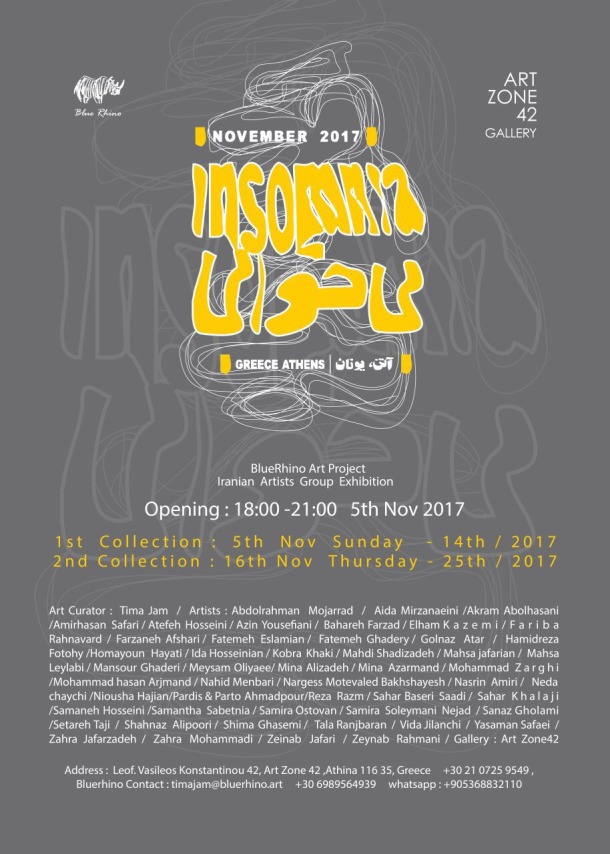