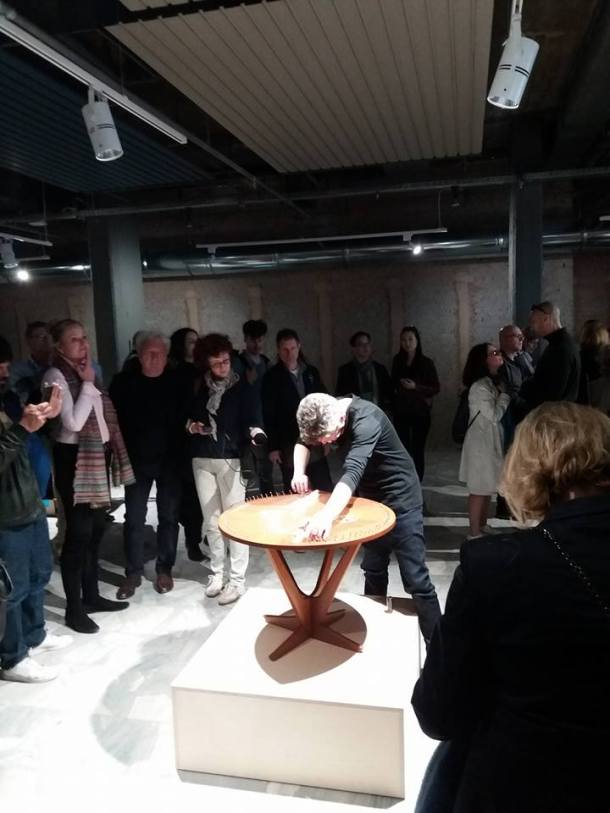 THE FIRST STOP on my documenta 14 art adventure, was the Athens Conservatoire. Here are some of the highlights: The main action was taking place underground – in the basement. Turkish-born German artist Nevin Aladag’s ‘Music Room (Athens)’, created in 2017, predominated a section of the main hall there. The components of this installation (seemingly ordinary household furniture) had a dual identity: The artist had transformed them into musical instruments. Strings and an amplifier had been attached to an armchair, while a small buffet also functioned as a cello. A table-cum-santour was ready for strumming, while cooking pots and some traditional tin Greek ‘briki’ (used for making Greek /Turkish coffee), had been converted into drums. Goat bells had been attached to another table, while tubular bells also hung around another coffee table.

Then the performance began: Three ‘musicians’ took their places in the installation, and started to play ‘music’, or non-music on these instrumental artworks: an interesting concoction of experimental sound-making flowed in and out of rhythmic sync.

Meanwhile, in the open atrium next door, Romanian artist Daniel Knorr was busily creating artist’s books and selling them for 80 euros each. The process involved the artist taking bits from a large mound of ‘found objects’ which he had gathered on the streets of Athens, and placing them in the pages of the books (which had been specially created for the event), and then placing these books in a press, in order to emboss the pages of the books with the shapes of the objects. A sort of printing process crossed with elements of reality and arte povera. Maria Dziewanska describes him as “an expert in obfuscation” in the catalogue. (I assume the apparent ‘non-receipt concept’ is tied into that, or was that some Greek obfuscation picked up in Athens too.) 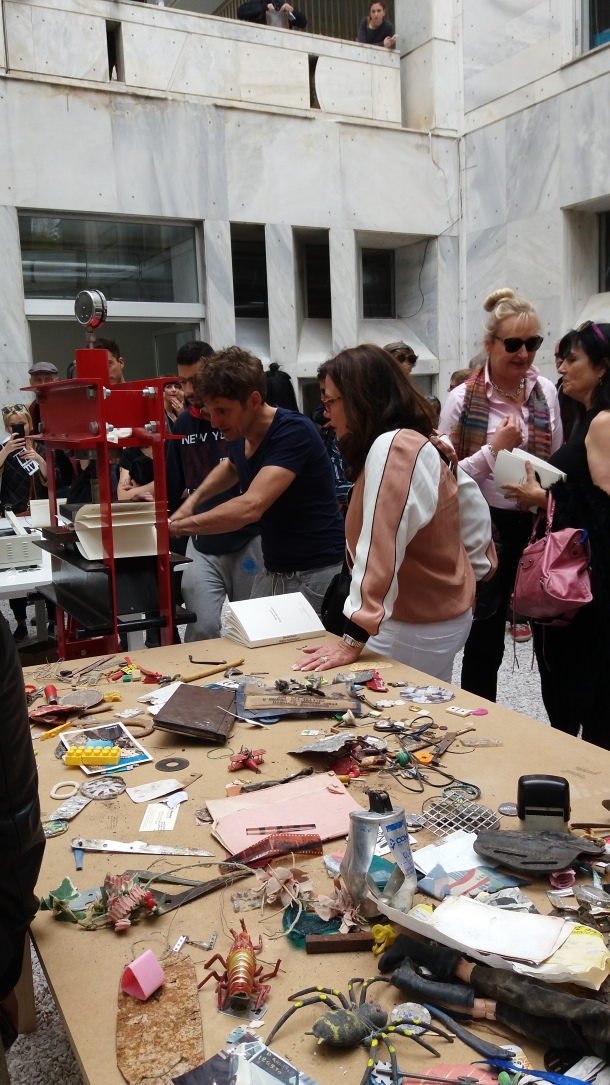 In another room, the post-war abstract canvases of Sedje Hemon have been placed, providing viewers with a totally different art experience, albeit one which also talks about rhythm and music, as evident in the lyrical harmonies of patterns she has created on the canvas. Small abstract works by Indian artist Ganesh Haloi (created between 2009-2016) are also to be found scattered around the main hall. I peruse some archival material on the experimental music ensemble founded in 1969, that went by the name of the Scratch Orchestra, before I enter the pitch black room where Ben Russel’s video is playing, entitled ‘Black and White Trypps Number Three’ (2007). After this intense video experience, I head for some fresh air in the garden. 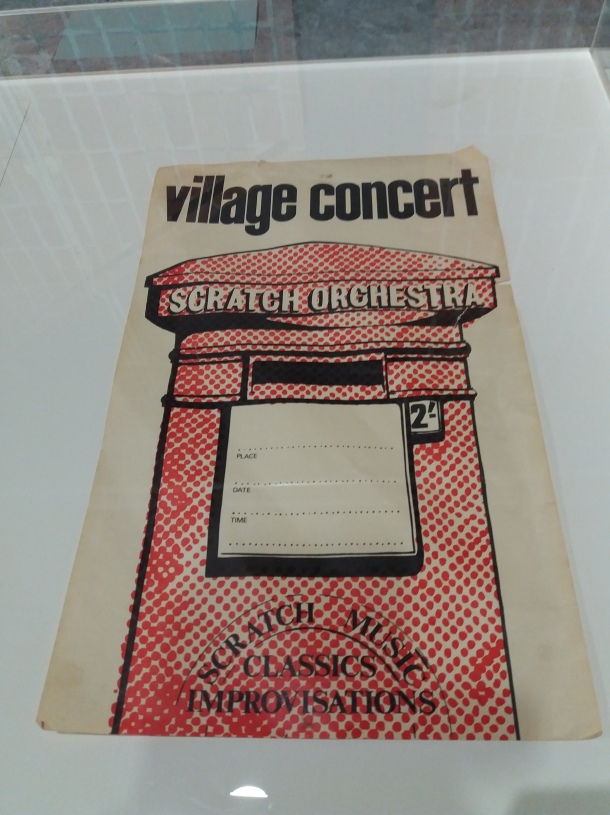 In the garden of the Athens Conservatoire, the performance in the installation by Sami architect Joar Nango was about to begin: Entitled ‘European Everything’, the space had been transformed into a mobile stage inspired by indigenous cultures such as those of the Roma, Sami and Mongolian people, although it did seem to be predominantly Sami territory, complete with reindeer pelts and tents. A Greenland rapper then took to the stage, and showed us how the language of the Inuit can be combined with mainstream European pop trends.

Next stop the National Museum of Contemporary Art, another wonderland where for the first time, all the floors of this spanking-new museum (that also had a previous life as a brewery), were filled with artistic experiences of all sorts and size.

PS. There are about 50 artists’ works on show at the Athens Conservatoire, so there is much more to explore, this was just the tip of the iceberg!