EVERYONE has felt some kind of loss during the Greek crisis. Christos Pallantzas’ current show at the Evripides Gallery focuses exactly on this subject – capturing in his paintings, what isn’t there. From portraits to nudes, humans and their relationships are analysed, explored and exposed. What they lack, takes centre stage: These narratives ask of you to read between the lines – or brushstrokes in this case, to decipher what hasn’t been said: A couple who have fallen out of love, an Ethiopian immigrant who has lost his home, an old woman (the painter’s mother), who has lost her memory, a middle-aged woman in a bath tub, who has lost her happiness and hope. The melancholy nature of these works is bittersweet, a bit like that sad love that Viola in Shakespeare’s ‘Twelfth Night’ had expressed: ‘’She sat like patience on a monument/Smiling at grief’’. Because above all, these works show that people continue, despite their loss, stoically, to endure, to be patient, to live. 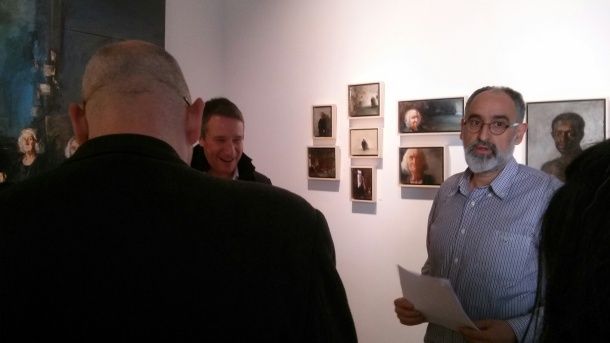