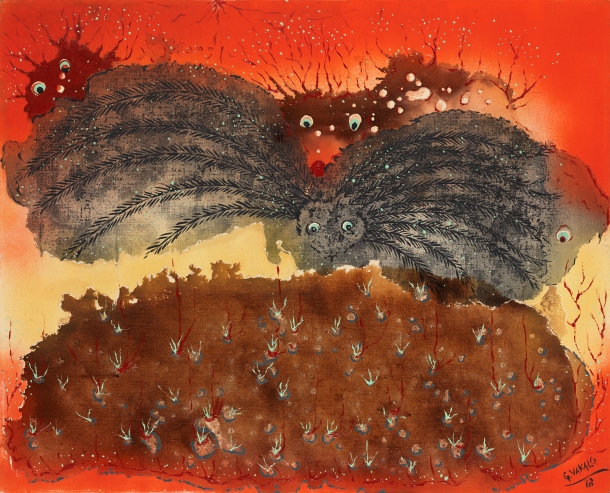 THE EVRIPIDES Gallery pays hommage to one of Greece’s most inspirational creative figures, who was pivotal in the development of the decorative and applied arts in this country, via the creation of the Vakalo School of Art and Design, which celebrates its 60th anniversary this year.

George Vakalo (1902-1991, real name George Vakalopoulos) excelled especially in set design and painting. He was born in Istanbul, and studied in Paris at the Ecole des Arts Decoratifs and in the workshops of  Grande Chaumière and Academie Julian (1922-1928), returning to Greece in 1940. In 1958, he founded the first school of decorative and applied arts in Greece (Vakalo School of Art and Design), together with his wife poetess/art critic Eleni Vakalo, artist/former Dean of the Athens School of Fine Arts Panayiotis Tetsis and ‘Zygos’ art magazine publisher (plus owner of Zygos gallery), Frantzis Frantzeskakis. These four heavyweights of the Greek art scene of the times, excelled the school into a hub of contemporary creativity which gave new roots to Greek art and design in the process. 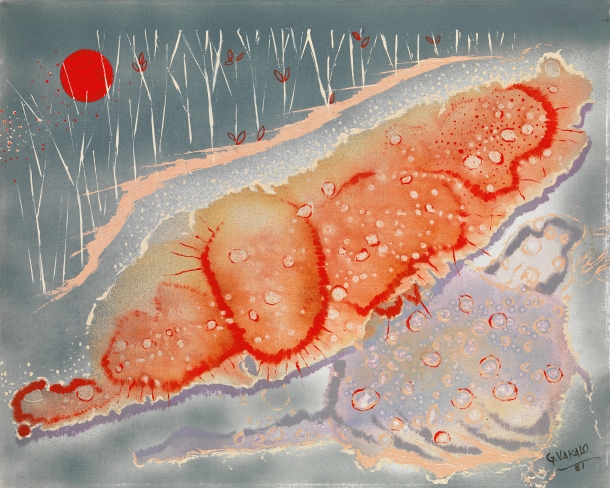 The exhibition at the Evripides Gallery comprises 50 works by George Vakalo, which belong to the Vakalo family, but also explores his pursuits in other creative fields, thus presenting his many talents. His early works show the influence of Surrealism in particular, with their dreamlike landscapes and designs. The poetic nature of his art is paramount, something which he was aware of, having claimed that: ‘If I hadn’t done painting, I would have done poetry”. 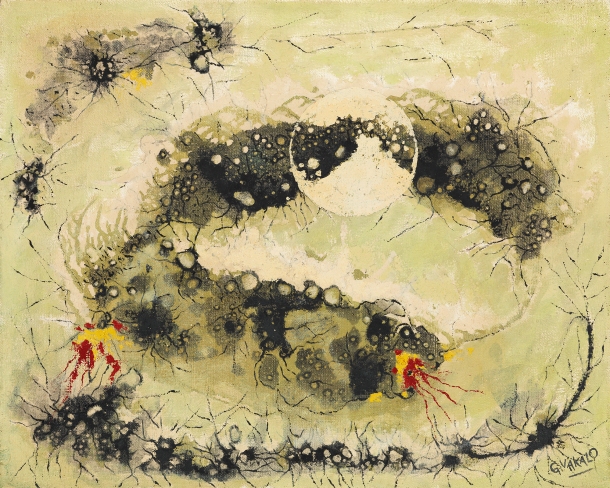 2 thoughts on “Vakalo’s poetry of painting”