CONCEPTUALLY AND AESTHETICALLY speaking, there’s a vast ocean between Chryssa Verghi’s magical, dark, sea paintings with specks of pink, and Olga Migliaressi-Phoca’s 3-dimensional art, which criticizes contemporary consumer society by playing with brands such as Toblerone. But that’s the beauty of contemporary art – its variety – which you can experience these days at Art Athina.

The 22nd Greek art fair of Art Athina, has undergone a revamp of sorts, boasting a new look, plus new collaborators. Inaugurated on May 25, and open to the public May 26-28, this annual event of the Hellenic Art Galleries Association (PSAT), which was first launched back in 1993, has undergone a few ‘restarts’ in its history. The present one could be described as more minimal in terms of its design – gone are the purple and white flags that used to welcome the visitors outside Art Athina (at the Tae Kwon Do Stadium in Faliro), in the past. New collaborators include Stamatia Dimitrakopoulou (art director), Xenia Kalpaktsoglou (art advisor), and production is now in the hands of Be Best company. Fifty-eight galleries are participating this year, while the fair is divided into 12 sections.

The ‘main’ section of the fair comprises the participation of 43 galleries, 39 of which are from Greece, plus a few galleries from abroad (from Paris, Australia, Istanbul, Vienna). The ‘feature’ section of the fair presents a show with works from Dubai’s The Third Line and Zurich’s Gregor Steiner galleries, curated by Paris-based Myriam Ben Salah (also Chief Editor of the art magazine ‘Kaleidoscope’, who has been working on projects at the Palais de Tokyo since 2009). Education programmes, talks, video screenings, an outdoor installation from Mexico City’s Kurimanzutto Gallery, performances, a new VIP programme, plus tributes to the recently deceased artists Dimitris Mytaras and Jannis Kounellis and special publications have also been organised.

The ‘highlights’ section of the fair focuses on galleries that have been invited from abroad, with a special focus on Los Angeles galleries (but also from Oslo, New York, Copenhagen among other places). Los Angeles’ O-O LA gallery was doing especially well on Thursday night, selling small works by 650 artists, for only 30 euros each, which they were rotating on the stand’s shelves. 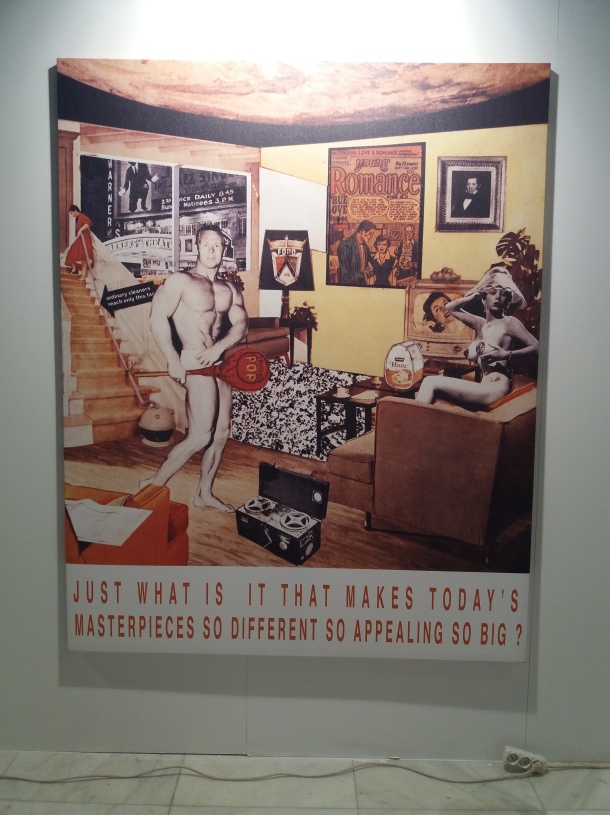 On the first floor, you will find the ‘tributes’ (to Mytaras, Kounellis), plus the ‘Survey’ section which pays tribute to the history of Art Athina. The latter brings together some of the pivotal works that have been shown at the fair, such as Maria Papadimitriou’s ‘Just What is it that Makes Today’s Masterpieces So Different, So Appealing, So Big?’, which was shown at the first Art Athina, in 1993. A kid’s cat drawing workshop, publications, the ‘Design’ section and more can also be found nearby. You can pick up an arty T-shirt for 30 euros, designed by the Greco-Parisian brand ‘Pressure’, or an arty watch for 300 euros, all the way from New York’s Art Watch Gallery.

This year the Zoumboulakis Gallery is participating for the first time (in the ‘Design’ section), while the Eleni Koroneou Gallery has returned to the fair. Gallerist Eleni Koroneou spoke to ‘Art Scene Athens’ about the plight of contemporary Greek art today, claiming that “It’s difficult for Greek artists at the moment based in Greece, because there is no support from the public or anywhere else etc. and the middle class isn’t buying art anymore. The only solution is for artists to exhibit abroad.” Does anyone buy art in Greece? “Very few”, she replies.

Did documenta 14 help the Greek art scene? Were there more visitors in the gallery? Koroneou’s answer isn’t affirmative: “Quite the opposite, because documenta considered that galleries were profit-making spaces or businesses, and it only collaborated with non-profit spaces. So people were visiting documenta venues, but not the galleries. So, I would say that documenta didn’t include the whole of the Greek art scene.”
From Oslo, comes the Rod Bianco gallery: “Basically we got a really nice invitation from the fair, to participate”, explains one of its representatives, Gard Eiklid. The gallery has a penchant for painting, something which Eiklid elaborates on: “I remember going to Basel and hearing the gallerists complaining that there was so much wall-based work in the fair. I found it so funny that they were complaining that there were paintings at an art fair!”.

Josephine Fity and the V1Gallery have come all the way from Copenhagen: “Usually we participate in art fairs like Basel, and our fair in Copenhagen, but we got the invitation from Art Athina, and we thought it would be nice to do something different. We are very excited to see what will happen, we’ve already had a good response to our show of works by American artist Emma Kohlmann. She’s young, but she’s starting to have a lot of exhibitions, so it will be fun to see where she goes from here”.
Kohlmann’s pieces are going for 380 euros per piece, but are they a good investment? That’s always the issue with contemporary art, you could be buying something that could become a good investment in the future, but then again it might not. “Exactly, but I always feel that it has to move you, because it’s so hard to say how it will go. Buy with the heart or whatever moves you”, argues Fity.

One thing is for sure, there are some good investments to be made here at Art Athina too (if you have thousands to spare of course). Just take a look at what the Michalarias art space has on offer: from a Myro at 13,000 euros to a Pavlos at 27,000 euros (that’s before the 24% VAT is added however). Check out the wonderful Henry Moore work here too (an original lithograph, the first of 200, that goes by the title ‘Untitled (seated figures)’, of 1957), but don’t ask for the price. It’s not for sale. It’s a rare beauty. But for most of us, Art Athina isn’t about buying art, it’s simply about enjoying it. So, go ahead, and ‘enjoy’.
• Runs May 26-28 at the TaeKwonDo Stadium in Faliro. (www.art-athina.gr). 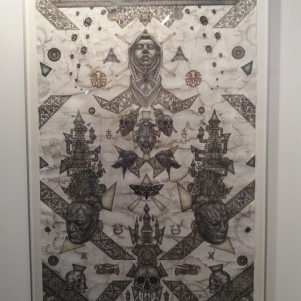