”WHEN I am in Greece, it feels like walking on air. There is something about all things, both animate and inanimate, that immerse you in a sea of optimism. It’s not only about the beauty of nature and art. It’s the people also. I was greatly impressed by the fact that, despite the rough times Greece endures, whoever you meet they have a smile on their face. In Greece I’m bursting with an unprecedented energy.” These words of Jean Cocteau, imprinted on the exhibition wall of the Theocharakis Foundation, ring true even today, on a sunny afternoon like this one. But it’s not every day that you get to see over 190 works by Picasso and Cocteau in the heart of Athens, so if you haven’t seen the show at the Theocharakis Foundation yet, then head on down by February 28.
Entitled ‘Picasso and Cocteau: The Pioneers of Modernism’, this incredible exhibition presents both the creative genius and the friendship of these staunchly avant-garde spirits, who innovated the course of modern art. From paintings to ceramics, engravings, lithographs and even some intriguing painted faces on pebbles thrown in for variety, this is one show that highlights both Picasso and Cocteau’s similarities and differences in character, style, aesthetics, ideals, sensibility and more.
The ‘feminine’, almost frivolous nature of Cocteau’s artistic style accentuates Picasso’s bolder ‘testosterone-laden’ lines. Picasso took a deep dive into the medium of painting, exploring it to its fullest, pushing it into new realms of visual perception. Cocteau on the other hand, had a different approach – a bit like a humming bird, he preferred to fly from one art form to the next – from design to writing, from plays to films, poems and of course art. But to whichever creative medium he applied himself, he made sure that he made it blossom in the most prodigious manner.
Perhaps most interesting is the kind of mythological characters which each artist focused on: Picasso’s many depictions of the minotaur in particular. Cocteau on the other hand loved Greek Gods such as Orpheus and Dionysus. Also intriguing is how differently they both depicted portraits of the same people (eg Shakespeare, Rimbaud, Balzac and Valery). One other significant exhibit is the lithograph by Picasso entitled ‘Double Portrait’, where he combines his profile with that of Cocteau’s, showing how united they were at that period in time via this depiction of their profiles united into one face.
Picasso (born 1881) and Cocteau (born 1889), first met in 1915. In 1916 their friendship blossomed when Cocteau asked Picasso, to collaborate with him on the ballet performance ‘Parade’. This performance was an incredible meeting of minds – music by Erik Satie, performance by Sergei Diaghilev’s Ballets Russes, choreography by Leonide Massine, scenario by Cocteau, costumes and stage design by Picasso, with Futurist Giacomo Balla also lending a helping hand in the designs. The result, was something altogether cutting-edge and new in the realm of the arts; so much so, that the poet Guillaume Apollinaire invented a new word to describe it – a form of ‘surrealism’. At that moment in art, it was obvious that they had gone where no artist had gone before…
‘Parade’ was first performed at the Theatre du Chatelet on May 18, 1917. The performance created a scandal, and one must consider that this was a difficult period in history to present a radical work such as this, when all the while soldiers were dying on the front, during the First World War. The stiff ‘cubist’ ballet-dancers dressed in cardboard, Satie’s music with other sounds thrown in (Cocteau’s idea) – such as those of a typewriter, foghorn, milk bottles and a gun – were a bit too much for the audience, although nowadays, one realizes what a quirky little gem of creativity the whole concept was.
In an interview years later, Cocteau said that he felt that Satie and himself needed Picasso for this performance, so he asked him to collaborate right in the middle of the road between La Rotonde and Le Dome in Paris. “There weren’t many cars back then!” he added. Picasso agreed of course, and they then both went to Gertrude Stein, in order to announce they were going on a creative ‘honeymoon’ in Rome together (where they would meet up with Diaghilev and Massine to work on the ballet). Stein had been living in Paris since 1903.
Apart from both being the most incredible artistic pioneers, the liberated erotic nature of both Picasso and Cocteau is also evident in the works on show at the Theocharakis. Picasso’s erotic nature is evident in his explicit depiction of women, while Cocteau’s homosexual preferences are also evident in his drawings of naked youths. So be prepared to answer some awkward questions if you’re taking your kids in tow to this show! What else is evident however, is their love of ancient Greece and the spirit of Hellenism.
Mythological themes, stylistic references to classical Greek sculptures and vase designs come up again and again in the show. Although Cocteau had visited Greece thrice, Picasso had never set foot here. However his love of the country’s culture, history and classical aesthetics is evident in his art, plus, he was also a supporter of the Greek resistance, as evident in his sketch of resistance-fighter Nikos Beloyiannis, and another work of his which was dedicated to resistance-fighter Manolis Glezos. Picasso had also donated a painting of his to the National Gallery of Greece, which has sadly been stolen…

Enrique Mallen writes in the ‘Athens Journal of Humanities and Arts’ (October 2014) the following about Picasso’s ‘Greek side’: “In 1917 Picasso had travelled to Italy with Jean Cocteau, Léonide Massine and Sergei Diaghilev, with whom he was collaborating on Erik Satie’s ballet Parade. By this time Picasso had been developing an increasingly Classical style, with a strong influence of Greek and Italian art, an extreme deviation from the Cubism that had formerly dominated his work. As his relationship with the ballerina Olga Koklova began, this Classical style blossomed even further[…]. This change had actually been brewing for some time. During the last two years of the Great War, Picasso had moved away from the other Cubists and had decided once again to orient himself toward more representational values, creating works that were deeply indebted to tradition, with an increasing fascination for Jean Auguste Dominique Ingres.” He goes on to say that France at that time had also readdressed its affiliations with Classicism.
In his biography of Cocteau, James S. Williams writes of the Picasso-Cocteau relationship the following: “Cocteau courted Picasso as much as Picasso had himself courted Braque between 1908 and 1914, that is, like a virtual lover. Picasso was soon totally charmed by Cocteau, although the power relations were established from the beginning nearly in the painter’s favour.”
Williams describes their different characters: “Picasso was a man of few words who liked to dominate and impress, while Cocteau was a man of too many words who liked to admire. Hence, Cocteau’s many meetings with the super-virile Picasso came to resemble so many glorious castrations”.
Williams goes on to say that although Cocteau described Picasso’s movements as the ‘twists of a matador’, they were more like those of an ‘unpredictable bull’. And indeed, Picasso’s comments about Cocteau in an interview in 1927, led to a 22-year break in their friendship.
The works by Picasso in this show at the Theocharakis Foundation come from the Kunstmuseum Pablo Picasso Munster, while Cocteau’s are from the Yiannis Kontaxopoulos collection. The exhibition is accompanied by a catalogue with essays by Professor Dr Markus Muller (director of the Kunstmuseum Pablo Picasso Munster), collector Yiannis Kontaxopoulos, Professor Helene Ahrwheiler, plus texts by Picasso and Cocteau, publisher Teriade, poet Elytis, artists Tsarouhis and Fassianos, and the director of the Theocharakis Foundation’s art programme (curator also of the show), Takis Mavrotas. 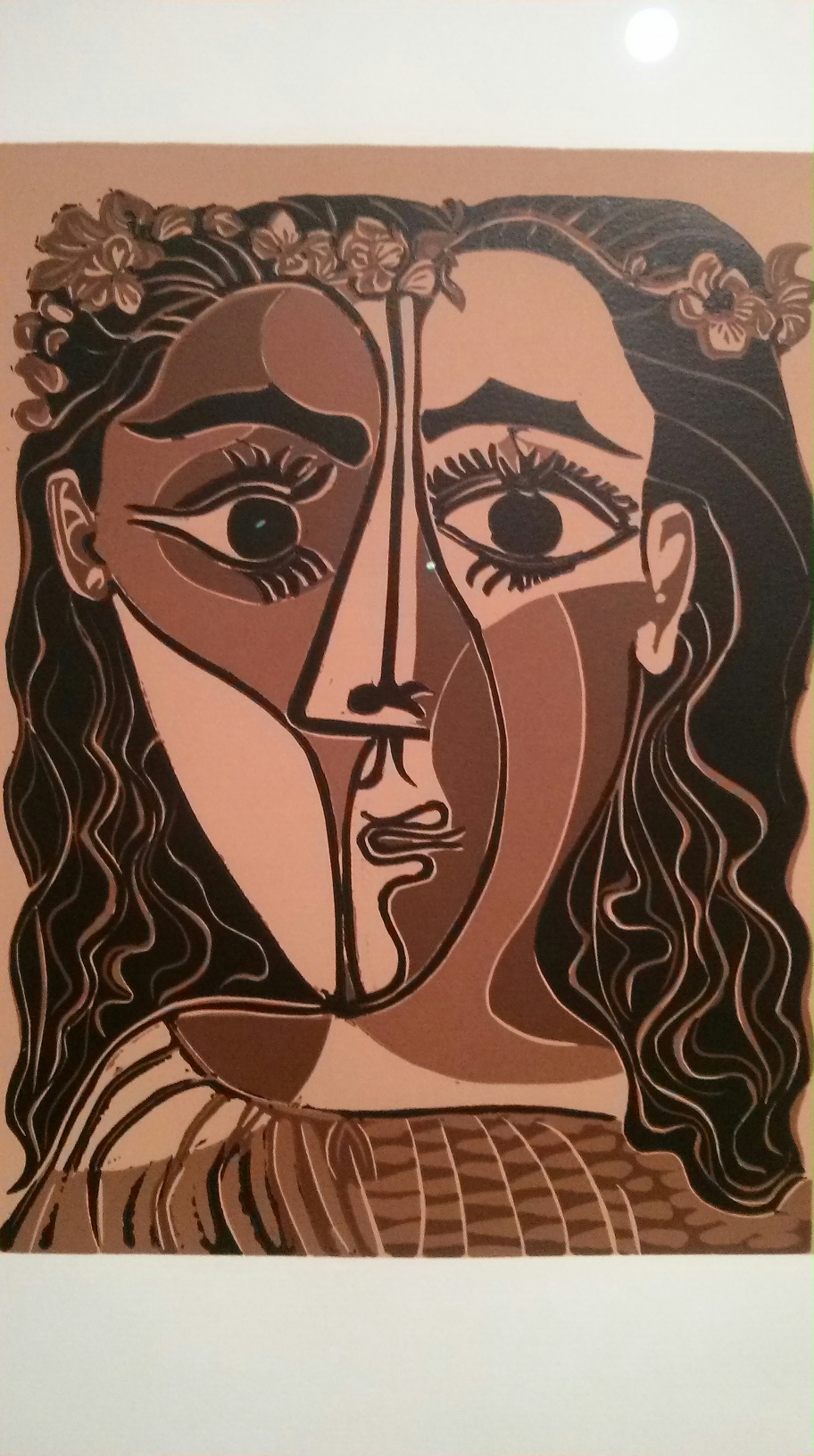