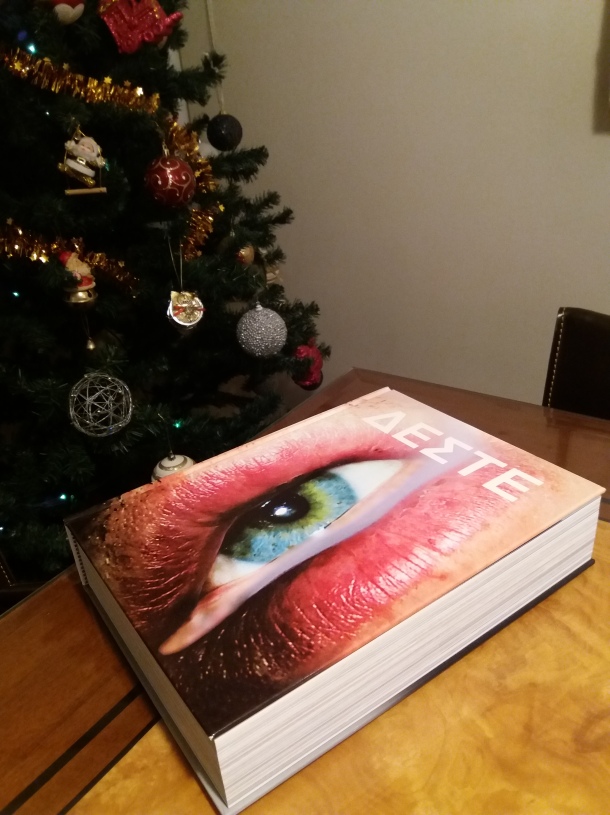 CAN a movement be created by a collector? This is a question that arises after having read the colourful, heavy brick of a tome ‘DESTE 33 Years, 1983-2015’. Via its 868 pages, this book documents the activity of an art foundation that has rocked the senses of the Greek public (and beyond) since the Eighties. A collector’s item of sorts, that blends the borders between art book, contemporary art history and art manifesto, it would also make an exceedingly good gift for that non-traditional art lover of a friend.

The DESTE Foundation of Contemporary Art continues to play an important role in the international and Greek contemporary art scene, by incessantly pushing the borders of creativity in whatever it takes on.  This non-profit organisation was founded in 1983 in Geneva, by collector/industrialist Dakis Joannou. Its name in Greek (‘δέστε’), means ‘look’, but it is actually an acronym for ‘Διεθνής Ελληνική Σύγχρονη Τέχνη’ (International Greek Contemporary Art). This institution’s initial aim was to participate in the dialogue of art and “to generate energy around art, and to create a platform for pursuing new ideas”, Joannou explains. He adds: “I have been told that my aesthetic is radical, but I have always thought that I was simply responding to the basic ingredients of life. I am especially drawn to art that makes a statement about our society and connects with the culture of our time and the way we live.”

Now, the ‘radical’ nature of Joannou’s collection, and his ground-breaking foundation has been both a hot topic and a ‘hot toddy’ over the years, garnering both criticism and praise. But that’s all part and parcel of pioneering. Furthermore, one could add, that the ‘character’ of the collection certainly does reflect certain aspects of the Eighties and Nineties boom that occurred in the West (including Greece, who joined the European Community in 1981). The rise of commercialism, the blossoming of artifice, advertising, pop culture, mass-production, and material values, plus capitalism’s rat race of human ‘beasts’ are all aspects that are explored by the international artists of this era (and of this collection), in a probing, ingenious, often witty but also provocative manner.

The book traces all of DESTE’s cutting-edge exhibitions (eg  ‘Cultural Geometry’, ‘Everything That’s Interesting is New’, ‘Monument to Now’, ‘Translation’, ‘Dream & Trauma’, ‘Skin Fruit’). Interviews with artists, articles and other texts are also included. One could go as far as to say that upon flicking through the pages of DESTE’s history, you are at the same time leafing through a sizeable chunk of the history of contemporary art. Because the works in Joannou’s collection are by the heavyweights (eg Jeff Koons, Joseph Kosuth, Chen Zhen, Chris Ofili, Nari Ward, Matthew Barney, Bill Viola, Tim Noble & Sue Webster, Douglas Gordon, Sylvie Fleury, Maurizio Cattelan, Mike Kelley and many more). And that’s just the ‘international’ names. Greece’s champions of contemporary art also feature. 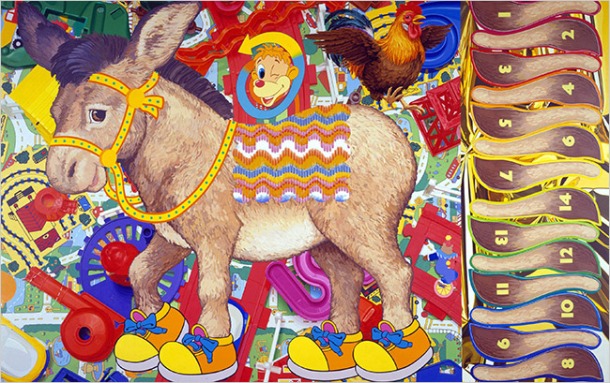 “Artists give everything to art, commit their entire life to it. For me, this is what distinguishes an artist from the rest of us: that nothing can distract them from their commitment to making art”, explains Joannou. His respect for the artist’s quest and struggle, has led to DESTE’s support of new Greek artists, via the bi-annual DESTE prize, launched in 1999. This book also presents the prize winners , plus the shows of the shortlisted artists (plus articles/ texts on them). The winners of the 10,000 euro prize so far have been: Panayota Tzamourani, Georgia Sagri, Maria Papadimitriou, Christodoulos Panayiotou, Loukia Alavanou, Eirene Efstathiou, Anastasia Douka, Kostas Sahpazis, Angelo Plessas.

From DESTE’s shows at Kolonaki’s House of Cyprus (now the Evripides gallery), to the spectacular space in Neo Psychico, to its current  Nea Ionia residence and its summer home (the Slaughterhouse) on the island of Hydra,  this is one foundation that has gone places, also having organised exhibitions in Cyprus, and in museums abroad (eg in Tokyo, New York, Vienna). In Athens, its collaboration with the Benaki Pireos has brought us some exceptionally thought-provoking shows such as the black, maze-like ‘ametria’, or the more recent ‘Equilibrists’.

What one realises from this edition is that DESTE created a bridge between the international art scene and Greece at a crucial moment in time (before the rise of the internet). It set the balance so to speak, between Greek tradition and Western contemporary innovation. The results? A dynamic boost and support system for the internationally-minded art scene in Greece, which the State was not supplying at the time. One could argue, furthermore, that it also functioned a bit like an art movement, because of its strong, non-traditionalist philosophy that allowed the Greek art scene to develop in this direction. Plus, it has many followers.

So, I ask once again, can an art movement be created by a collector (rather than an artist)? Well, maybe the nature of art movements and foundations have changed these days too. In a world where all paths seem to be forever crossing, where artists can also be businessmen, maybe businessmen are artists too. After all, Joannou isn’t your traditional collector either.  His artistic streak is evident in the fact that he too has playfully created some ‘readymades’,   but also in the way he has been innovatively involved in DESTE, with both heart and soul. They say you can’t mix business with pleasure, or business with friendship, but Joannou, being the avant-gardist that he is, breaks both these rules too. He has obviously enjoyed to the max the many aspects of the art world and all it has to offer. “I’m not sure I was really collecting art. I think I was collecting relationships” he states.