IT’S Freize Art Fair in London at the moment. Sales are going well, the jet-set art lovers have flocked like groupies from around the world to check out one of the most prestigious fairs of its kind. But Londoners too from all walks of life will pay a visit in order to get a ‘zing’ from some zany contemporary creativity. Meanwhile back in Greece, the story of contemporary art paints a very different picture… But what exactly is the state of art today, in crisis-ridden Greece?
At this year’s 21st Art Athina, I went on a mission to find out, because what better place to start than among the thousands of artworks and art professionals that had gathered under the TaeKwonDo Stadium’s roof. The annual fair boasted over 43,000 visitors plus a 22% increase in participants this year, proving that culture isn’t in crisis. Art Athina wowed visitors of all ages, politicians and celebrities, with its munificent spectrum of contemporary creativity (49 galleries from 13 countries, plus 650 artists taking part in the Platforms Project – to put it briefly); But also by presenting how Greek creativity stands tantamount to that of many other countries, despite the ‘spanners’ being thrown at it – such as the 24% tax on Greek artworks (in Germany it’s only 5.7%).

The discussion snippets presented here, prove that where there’s a will, there’s a way, and the Greek art scene is doing its best to keep its head above water. Plus, these snippets present the variety that is on offer. Furthermore, institutions that are now in action since May’s Art Athina – such as the National Museum of Contemporary Art and the Stavros Niarchos Foundation Cultural Centre – have developed the cultural scene further. (Proving that it is not stagnant.)

Now, many would argue that there are far more important problems in Greece at the moment to be dealt with. My answer to that is that art, is not just a pretty picture – it is part and parcel of its society, it reflects it, moulds it, educates it, even cures it at times. A strong art scene is a strong cultural benefit – or another cherry on the already rich fruit cake of Greek culture! Greece is not just the Acropolis. And if Athens’ dream is to become an all-seasons cultural destination, then all facets of culture will play their part. Including art: contemporary, modern, Byzantine, classical, ancient. (We have it all and with sun and sea thrown in for free). 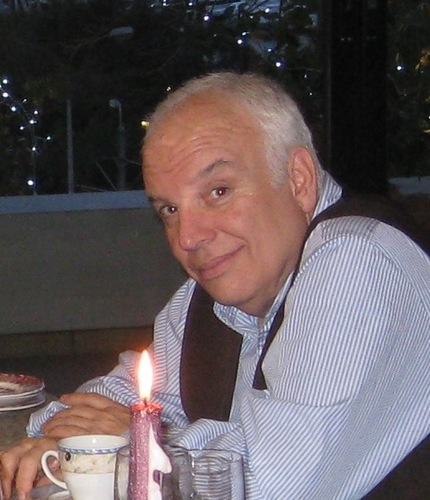 – How would you describe the contemporary art scene during the crisis?
– At this moment in time, art and culture have been divided into two camps or directions: A very high standard of commercial art which is for the few, but which communicates ideas via a sensationalist manner, and an art form which has to do with people and their everyday life. As the sensationalist trend grows, so does the alternative scene. So today, you have the ‘Hollywood’ of art on the one hand, and on the other, a new realism of sorts… which doesn’t have to do with the yachts, lifestyle and the billions. Because, art cannot exist without relating to pain, and pain can also find a balsam in art. 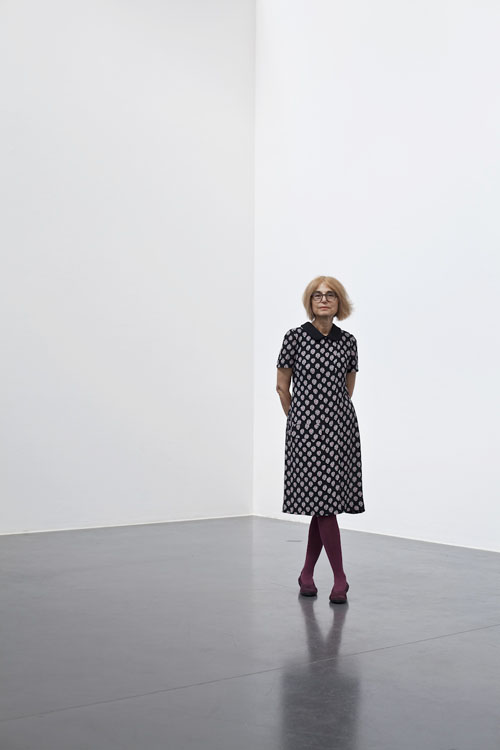 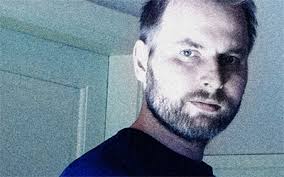 – What brings you to Art Athina, from Finland?
– I think that art can interact with the people in Greece differently because you have a very diverse audience, that appreciates culture. Also, the edge from this super exclusive fine art world is still a little bit off here. People are not so exposed to contemporary art, it’s been growing more in its own world, so you can still surprise people here!

Paul Stolper (Director of London’s Paul Stolper gallery, who sold quite a few Damien Hirsts at this year’s Art Athina) 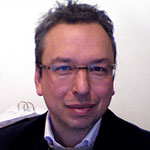 – Private cultural initiatives and collectors have always played an important role in Greece’s art scene.
– Well, good for them. We all need those collectors to champion art. It’s an important role they play. They are part of the art market, they are the ones putting their hand in their pocket and spending money. Be thankful to them, they support the arts. Just look at the new Stavros Niarchos Cultural Centre here in Athens – an extraordinary building, stunning.
– Why come from London to exhibit in Greece?
– Everyone comes up to me and says ‘why are you exhibiting in Greece, are you mad or something?’, and then I say to them, Greece has great museums, great foundations, so why wouldn’t I show here? You have to be positive about all the cultural investment people are making in Greece. And if it’s private, it’s private. It’s still positive, it can bring a lot of hope. 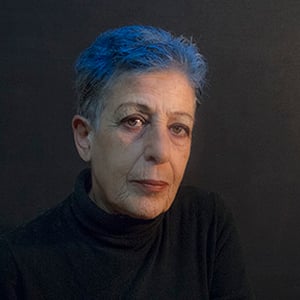 – What’s the state of Greek art and artists?
– Because there has always been a lack of State support of the arts in Greece, artists have always been struggling here. But there is also very good art. Both art’s past and present should be protected and preserved here, but instead, artists today are hanging from a string. Nobody helps them. On the contrary, in New York there are endless resources. The only way to blossom therefore, is to get out. Those that continue to work in Greece, are heroes. And all the initiatives that have supported the arts here are heroic too. My mother’s museum (Alex Mylonas Museum), was meant as a gift to Greece. But it took us 10 years of struggle to set it up against all odds. Now, I hear that the Stavros Niarchos Cultural Centre will be handed over to the State. You might as well just throw it away then. Because now, with the crisis, the arts together with so much more in Greece, is just being swept away. 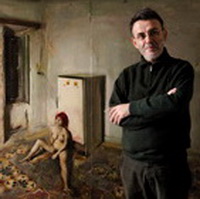 – Can artists produce despite the crisis?
– We are living extremely interesting times in terms of artistic inspiration, but difficult times in terms of producing works and selling them. But like Francoise Villons, I believe that we must gain courage through our despair. Because nowadays your work might never get sold, so you might also produce some of the best works that you ever made. You are free to create them for the sake of art, and for yourself. On the other hand, Brecht also comes to mind – and his belief that the hungry man can only think about his hunger… 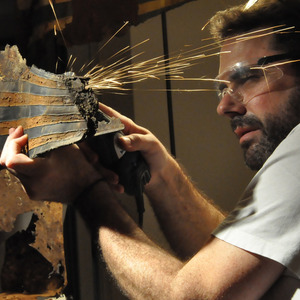 – Is that a real Kalashnikov in your work?
– Yes it is. The petrol pump is from the old US base in Athens’ south coast of Varkiza. The Kalashnikov (used as the pump’s nozzle), is the weapon of choice of all the revolutionaries and terrorists. I decided to get my Kalashnikov the same way the Paris attackers got theirs. In other words, to order it online as a decommissioned gun. So, I ordered a gun online, in Germany, and it was delivered by DHL, to my home, for a grand total of 150 euros. 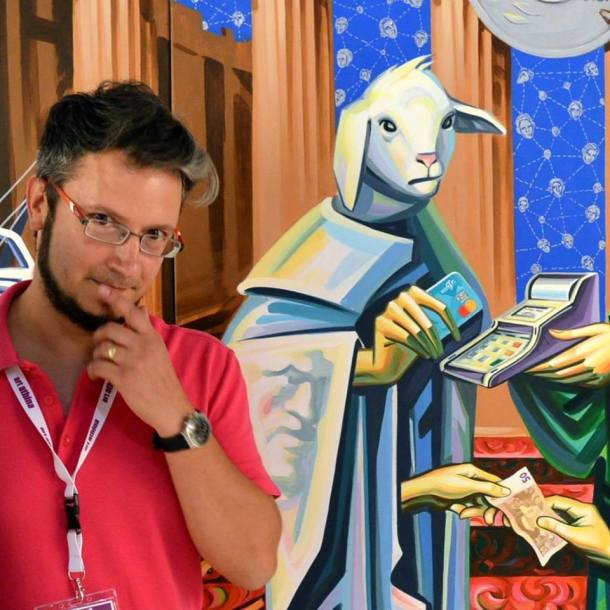 – Explain the meaning of your work ‘The Deal’, which depicts the crisis in a hagiographic manner
– It’s the deification of the institutions, something which doesn’t happen only in Greece but in all EU countries. It’s an allegory which pokes fun at the whole situation: The EU (a fox), brings to the simple Greek citizen (a sheep), a new device to try out. On the sheep’s sleeve I have depicted an angry ancient Greek – ready to revolt. On the fox’s sleeve I have depicted the typical stern-faced European bureaucrat. Under their feet, corruption continues (as evident from the writhing snakes). Meanwhile, the drachma is going up in flames.
• The 21st Art Athina was in May. Don’t miss the next Art Athina – 25-29 May, 2017

3 thoughts on “The state of art today in Greece”