FROM Jules Verne to ‘Star Wars’, from ET to ‘Hunger Games’: Athens’ Onassis Cultural Centre (or OCC), has gone OTT on sci-fi these days, with its new exhibition ‘Science Fiction: A Journey into the Unknown’ (runs till Jan 14). The exhibition is complemented by a jam-packed programme of parallel events that explore this popular genre to its fullest, promising you a space-age spectrum of magnanimous proportions. This event marks the OCC’s second collaboration with London’s Barbican Centre, with which it had organised the exhibition ‘Digital Revolution’ two years ago. 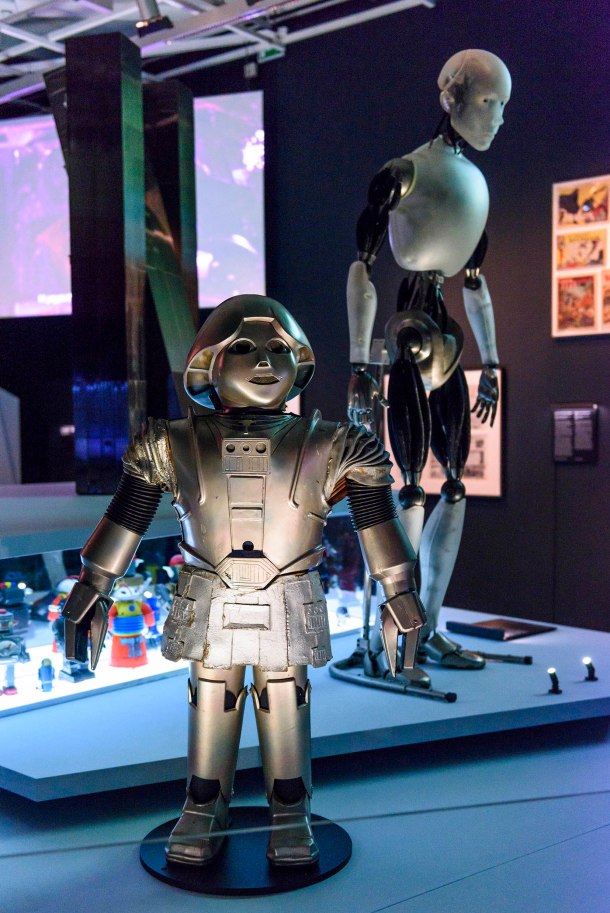 The influence of science fiction nowadays seems to be all pervasive – inspiring art and design plus the cinema and of course literature – its first germination point, back in the 19th century. However some would argue that ‘A True Story’ (of the 2nd century AD), written by the hellenized Syrian satirist Lucian, qualifies as the first example of sci-fi literature. For many authors, science fiction has often served as a vehicle via which the truths of their own society can be unveiled, but this genre has also offered us a glimpse into what the future might be.

Within the context of the show ‘Science Fiction: Journey into the Unknown’, and its parallel programme of events, the Onassis Cultural Centre will allow viewers to travel through space via books and comics, films and music, discussions, lectures and more. From space suits to talks about space, from robots and androids, to envisaging future economic realities, this is an exhibition and a programme of events for all ages. After you have seen the exhibition, consider some of the parallel events on offer:
Friday, October 20: A talk at the Athens School of Fine Arts (in English), by artist James Bridle, art historian Regine Debatty, artist George Drivas (whose work represented Greece at this year’s 57th Venice Biennale), plus curator of the Transmediale Festival Daphne Dragona. The discussion’s coordinator will be curator Thanassis Moutsopoulos.
Monday, October 30: A talk on ‘Science Fiction in Greek literature’ (at the Onassis Cultural Centre’s Small Stage), with the participation of Greek writers Spyros Kintzios, Michalis Manolios, Kostas Haritos, Vaso Christou, coordinated by writer Manolis Manolas.

More events follow in November, including a talk on ‘New Images of Tomorrow’, at the Panteion University’s Sakis Karageorgas Amphitheatre (November 20), with the participation of speakers: Steven Shaviro (philosopher, writer), Peter Frase (writer of the book ‘Four Futures: Life After Capitalism’), Yiorgos Kallis (professor of Political Ecology and Ecological Economics). On November 27, artists Larissa Sansour, Pierre-Jean Giloux and others will get together for a talk, while on December 2, the issue of video games will be discussed.
For kids there will be workshops where they get a chance to make a sci-fi movie or learn how to draw comics. And that’s just some of the events to be enjoyed within this large programme of events.
• Go to http://www.sgt.gr for more details.